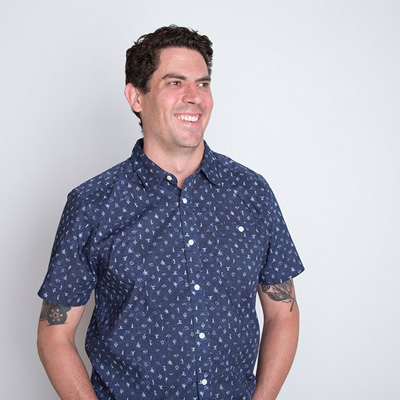 Brent Palmer is a Lead Designer for Zendesk where he heads up UX and Design for Zendesk’s analytics product, Explore. Previously, Brent was Director UI/UX at TrendKite, an analytics platform for Public Relations professionals.

Before a long career in technology, Brent spent ten years in advertising where he won several Addy Awards. Brent is active in the France design community and speaks regularly at meetups and conferences. He has two daughters who teach him the best part of design is making mistakes.

Brent will talk about “Bringing data analysis and UX research together”

Relationships are complicated. How Data Analysis and UX Research come together at Zendesk >>

If collecting user feedback is easier than ever and UX tools are readily available, why is it so difficult to make smart product decisions? If big data is here to stay, where does UX research fit? I’ll explain how analytics and research come together at Zendesk to tell a richer, more compelling story. I’ll walk through how, when paired together, qualitative and quantitative insights can get everyone interested in user feedback. Even stubborn stakeholders.